4b
The Flat Earth Fallacy 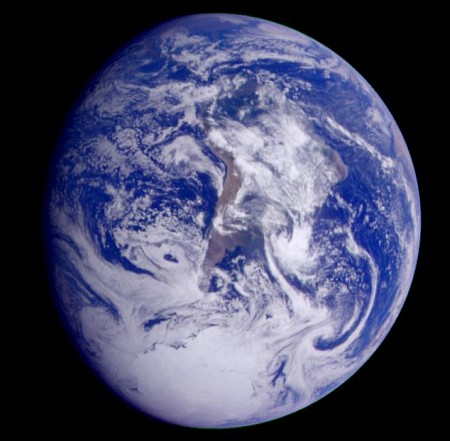 Click image to see an animated image of the earth
taken by the Galileo spacecraft over a 24 hour period.

Click the image and notice how it shows the earth rotating and receding away as the spacecraft travels in a straight line away from it. This single time-lapse set of photos disproves geocentrism and its twin brother the Flat-Earth theory. Of course, the geocentrists will insist the spacecraft is now in the "firmament" and controlled by the "ether" while it rotates a stationary earth, but think how that view strains credibility.

When NASA launched Galileo they launched it from west to east and as close to the equator as practical (Cape Canaveral, FL) to take advantage of the earth's rotation. This helped "sling-shot" the craft into space. Once out of the atmosphere it was propelled towards Jupiter in as straight a course as practical and left the earth spinning behind it. Using Heliocentric calculations they plotted the course perfectly. With the Geocentric model, when the spacecraft left orbit at some point it would enter the rotating firmament. (geocentrists have not been able to prove where this supposed threshold actually is.) Then once caught by the forces of the firmament and "ether" it would be suddenly changing direction and rotating with the firmament...but what they fail to mention is the space craft would be going the wrong way!

According to geocentrism the universe is spinning east to west. When NASA launched the rocket to the east it would be moving against the motion of the universe and would actually be slowed down. Thus for geocentrism to be true the craft would have to somehow be reversed in course to match the rotation of the firmament. geocentrists do not detail the forces that cause these crazy reversing motions, yet the earth rotating model used by NASA works perfectly.

The Flat-Earth crowd will continue to insist that even though the above image is not a composite photograph, it is still somehow "faked" because the US government cannot be trusted. Ok, if you don't trust the US government, how about the Russian government? Are they joined in the same conspiracy? Here is a non-composite, single image from a Russian weather satellite, 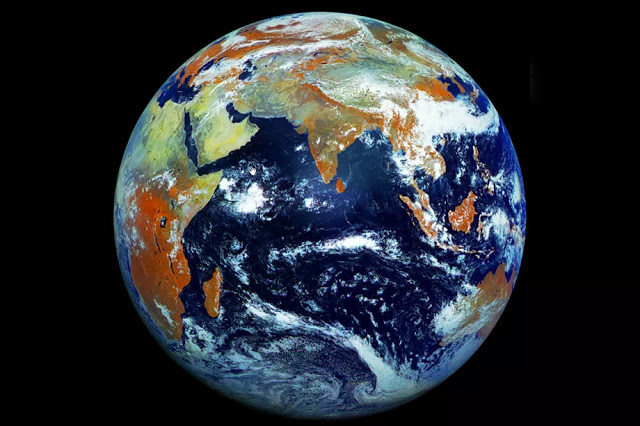 There are many web sites that expose the lunacy of the Flat-Earth position. Here is one that is better than most. Frankly, for one to insist the earth is flat is a case of willful ignorance or denial of reality. In centuries and millennia past it would be understandable for the sheltered or isolated to believe in a Flat-Earth. It would be only natural. But in this day and age of increased knowledge, there is little excuse for a reasonable person. There are just too many proofs to deny. This image across Lake Ontario of the Toronto skyline is verifiable proof one can see with his own eyes.